Actually, it was Sunday afternoon. And it was a vegan donut (mmm, Pepples Donuts) and an Americano. Pirate and I had had lunch at Farley's East and then headed to Lakeside Park to one of our favorite trees, which we proceeded to climb. 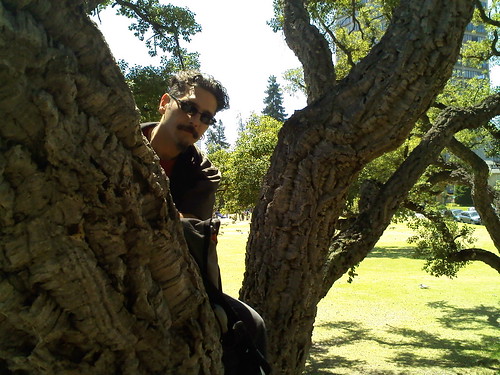 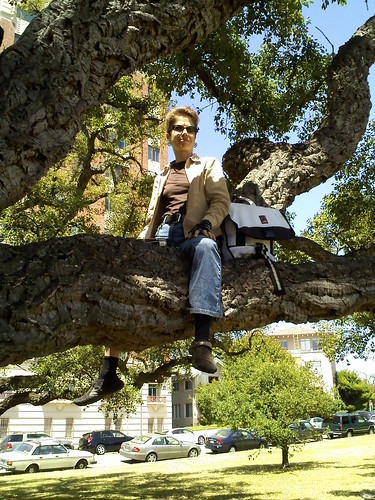 You get a nice view of the lake and its surroundings from up in the tree. 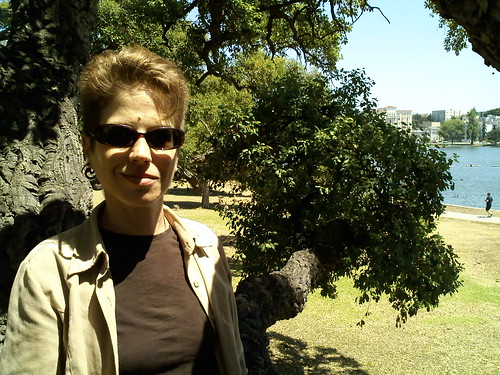 We hadn't been up there too long when one of the neighbors came by to check us out. 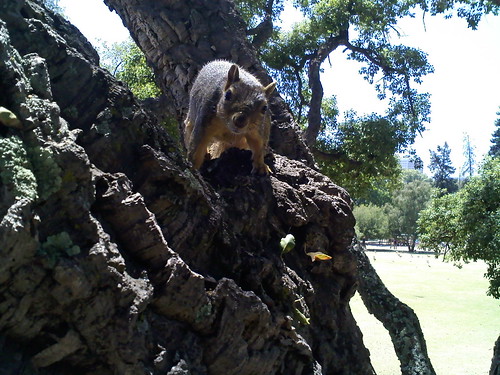 So I broke off a piece of donut (trying to avoid the most sugary glazed bits) and put it on the branch a few feet in front of me. She approached cautiously, picked it up, and went to a nearby branch to eat it. 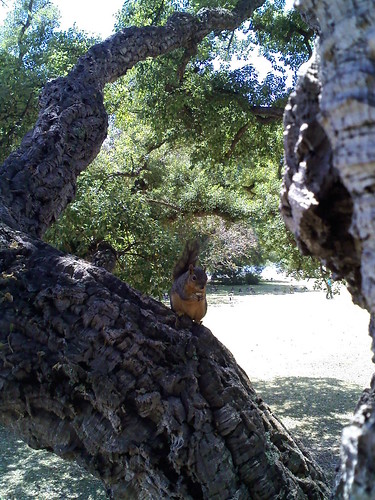 After she finished it, she came back and looked expectantly at me, sniffing the air. I broke off another bit and put it down and she took it and ate it. Very neat.

Then yesterday after work, Pirate and I stopped by Lakeside Park and headed up the tree again. Before long, I noticed movement on one of the upper branches, coming towards us. Our little squirrel friend! I scrambled down to my bike and grabbed the container of trail mix I carry with me (TJ's raw trail mix; almonds, walnuts, hazelnuts, cashews, and raisins — no salt or sugar) and climbed back up to where we were sitting. Shook a little trail mix into the palm of my hand, held it out, and... 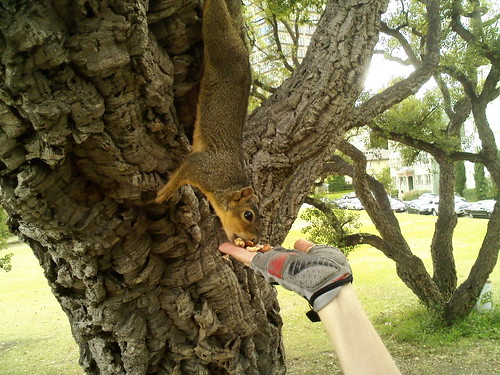 She'd take a nut or raisin, eat it, then poke her nose expectantly at me for more. So I obliged. 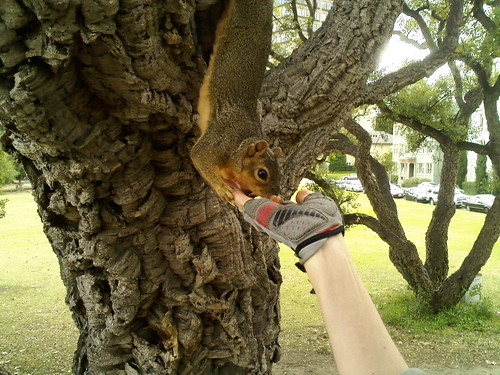 She ate a fair bit — maybe a quarter cup of trail mix — before she picked up an almond and darted off with an intentional air. A couple of seconds later we saw her down on the ground, seemingly looking for a good place to hide the almond. Once she'd dealt with it, she came back up the tree and sat on a branch not far from us, just kind of keeping an eye on things.

So, so cool. Definitely going to be spending more time up that tree and the neighboring trees, and definitely bringing more trail mix.
Collapse